Current downturn is putting pressure on companies not just to reduce costs but also to reduce the working capital requirements. A significant portion of working capital is money locked up in inventory in form of raw material, finished goods and work-in-progress. In most organizations, the typical management approach towards reducing the inventory is by target setting – if one wants to reduce inventory, just force a target on managers. We assume that managers will, somehow, find a way out to get the numbers. As long as numbers are met, the means can be justified. 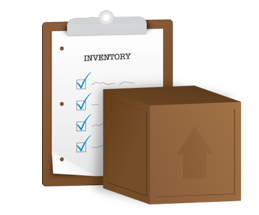 Since everyone knows the official recording date of inventory, managers take “appropriate” steps to ensure that part of the inventory, which is under their control, is kept as low as possible on the record date. For e.g. Purchase department can stop entry of trucks bringing in the raw material inventory on the last 2 days of the month. (It is not uncommon to see trucks loaded with raw material waiting outside the gate of companies only to be brought in on the 1st of next month). 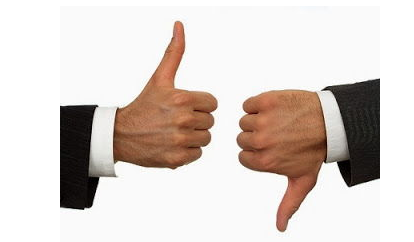 The down side is reduced production levels in the first week of the month or even additional demurrage charges to the transportation companies. The up side is of course to have fewer inventories reported on the record date. Similarly, Sales & Logistics would try to dispatch whatever FG they can, so that FG inventory will be low. Some companies go to the extent of opening credit limits of their distributors to dispatch the large part of the monthly target on the last few days.

The downside of reduced distributer off takes in first few weeks of the next month and gradual build of finished goods inventory in production is hidden from the monthly MIS reports. Similarly to show better numbers in month end WIP, production managers try to reduce WIP by not taking new batches on the last couple of days of the month leading to capacity wastages. In a made to order company, a month end pressure can force a dispatch of partial orders to get the numbers. If payments are linked to full orders, then such actions may just shift the inventory into receivables. 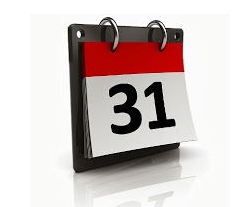 The “myopic” actions are possible because of the way inventory is tracked in companies. For most of the companies, inventory is officially recorded only at the last day of each month. This record is then plotted as a trend graph over a long period of time with each data point showing month on month inventory under various categories of RM, WIP, and FG & TOTAL. The shape of trend line shows whether the inventory is increasing, decreasing or remaining constant.

The dichotomy between “monthly” reporting and “daily” reporting can be best explained by analyzing the graphs given below.

Figure 1 below is a typical graph of inventory over 1 year as recorded on last date of each month. As can be seen, it is varying in a very narrow range of about Rs. 4 Cr (from 38 Cr to 42 Cr.) 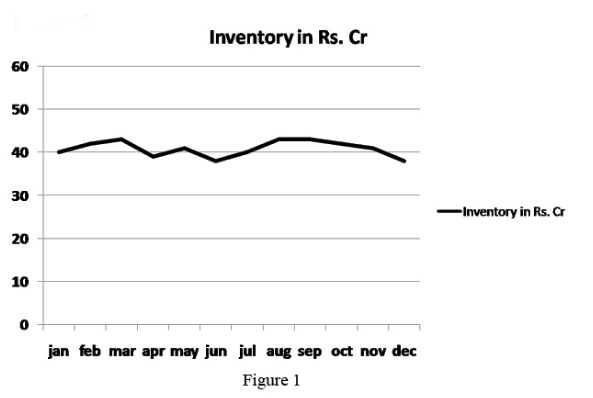 It gives an impression that the average inventory of the company is about Rs. 40 Cr.
Figure 2 below shows a typical graph of inventory as recorded on each date of a typical month. As can be seen, the variation in this case is over a much larger range of Rs.40 Cr to Rs. 50 Cr. The average inventory in the month is about Rs. 48 Cr. On the first 2 days & last 2 days of the month, a sharp decrease in inventory can be observed. The reason for this sharp decrease is the various steps as described above, taken by people to show fewer inventories on the record date (which is the last date of the month). 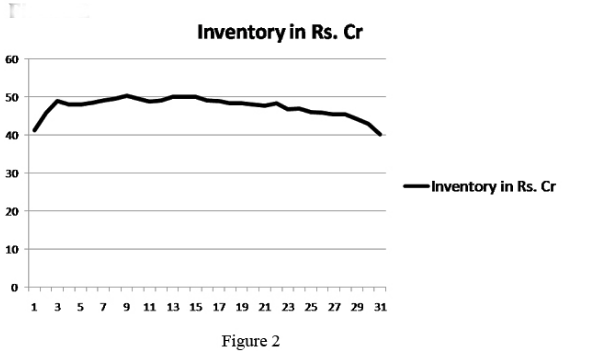 The reason why top management wants inventory to be low is to keep carrying costs & working capital under control. To check whether this goal is being achieved or not, they look at an MIS which shows them figure 1.
What is the conclusion from looking at figure 1? It indicates that average inventory is about Rs. 40 Cr. So the working capital & carrying costs would be in accordance with this number.

What is the reality? It is figure 2. It indicates that the average inventory of the company is about Rs.48 Cr (& not Rs. 40 Cr). So the actual working capital & carrying costs are significantly higher than what the MIS indicates.

The key question before us is, why many companies follow MIS practices, which in a way hides the brutal reality? 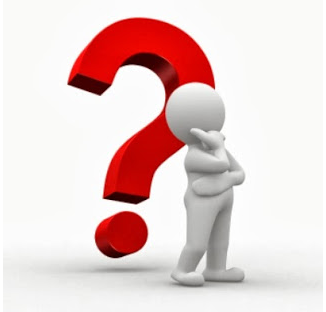 The main reason is the monthly planning system. Most consumer goods companies have material and demands planning which are re-set for every month (the period is higher for long lead time environment). In a monthly system, the demand on the supply chain is not corrected throughout the month, so everyone tries to move as per the original plan regardless of demand variations. As we reach the month-end, the demand is corrected based on likely month end stocks and likely sales for the next month. This correction starts from customers to sales team to the production and finally to the suppliers. 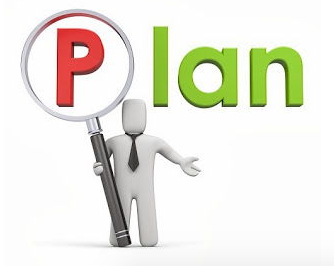 The production department gets a sales forecast just before start of the month (based on distributor netting off his inventory), which in turn is “netted” based on expected production in last few days and then passed on to materials, who derive the “netted” raw material requirement and place orders on vendors. There is a lead-time to finish the netting process and since the process starts only at previous month end. The vendor’s reaction to supplies to the new plan starts getting into the planned month.

As the material starts arriving, the capacity utilization remains low in the initial part of the month, more so in cases where production is an assembly of various raw material components – the kits start completing towards mid of the month causing a skew in production volumes. Nobody complains, as sales orders are also skewed towards end of the month. Close to this period, it’s a huge effort to flush out the inventory out of the system. The overtime goes and logistics goes into an overdrive to do a huge volume of dispatches. The sensitivity to small logistics issue becomes a crisis as few days of Murphy can lead to targets going haywire.

The skewed billing in the last few days of the month end also creates a wave of receivables. The cash coming into the company also follows a skew.

This way of monthly planning creates the “inverted U” shaped (inventory peaks at the middle of the month) inventory profile across the weeks of the month. The “U” effect further gets aggravated when managers “manipulate” the system to show low numbers.

Some organizations have tried to solve the problem by creating monthly plans much earlier in previous month or using the concept of rolling plans (next month fixed and subsequent 2 months tentative). But sales team always tries to move closer to the end of the month as it provides more accurate netting. At the same time, the rolling plans are not used much because of high errors.

Over the years, for most companies, the “inverted U curve” effect is accepted as part of typical corporate “life” as the stress levels also peaks towards month end. Going home late towards the month end is almost a norm for many managers across companies. 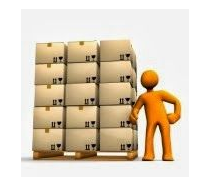 The first step towards solving this problem is to create a MIS, which does not lie – the daily trend of inventory profile. A daily trend is not susceptible to manipulations as the manipulation can be easily detected. So if target for inventory reduction has to be given, it should be to reduce the peak of the inventory during the month. This will prevent the “manipulation” actions, which usually aggravates the steepness of the curve.

With a daily inventory MIS, the steepness of curve might reduce but the basic form of U shape will remain as long as one follows the monthly system. The only way the effect can go away is to move away from the monthly planning system to a perpetual daily planning system where demand “netting” is done on a daily basis by all partners in the chain. This way of planning was technically infeasible about 50 years back, when there were no supporting information technology. Today most of the ERPs and connectivity technologies can support a daily planning process.

The shift from monthly planning to daily planning is actually not a technology issue – it is an issue of paradigm shift in the minds of managers. Most companies take decisions on inventory creation and movement based on pre-decided targets set in the monthly planning phase whereas a daily planning system requires inventory creation and movement to be based on daily flow signals from the downstream point of the chain – a pull signal. This calls for separating the planning phase from the execution.

The shift not only eliminates the disastrous inverted “U” curve effect of inventory but also increases output of the plant as utilization goes up in first week. The dispatches become more uniform and collections become due throughout the month. The net effect is much reduced working capital requirement.

A new inventory management paradigm for made to stock companies

Any business which manages stock to meet customer needs faces a key challenge in stock management –what is the right inventory?

With implementation of Theory of Constraints solution, it is expected that all plant managers align their thinking and decision making to the paradigm of flow rather than local efficiencies.

I am sure most of you must have observed and experienced the extent of disharmony that exists in any organization. Unless sources of disharmony are resolved, situation will not change. Can TOC bring in harmony among people?