Conventional operational thinking is based on maximizing the utilization of these batching machines. But one of the major issues with large batch sizes needed for maximization of capacity utilization is that it increases the overall production lead time and leads to poor on-time delivery to customers. This is because executing large batches results in ‘capacity stealing’ – i.e. the capacity is utilized for the production of items that are not needed in the immediate time horizon at the cost of immediately required items and/or items required for confirmed orders.

The situation becomes worse in the cases where the batching machine is feeding multiple manufacturing lines downstream. Such a phenomenon creates ‘lean’ and ‘peak’ production periods across lines. ‘Lean Periods’ are essentially near starvation of the downstream processes and may lead to the idling of labour, whereas during ‘Peak Periods’, the downstream processes are flooded, often leading to overtime situations. A figurative representation is presented in figure 1.

The conventional way of operation which essentially focuses on utilization, with the above-mentioned consequences, makes them appear as constraining machines, and planners plan the entire production considering these machines as constraints. On the contrary, in most of the plants, it has been our experience that the batching machines have never emerged as internal constraints in the manufacturing setup. These batching machines tend to have sufficient excess capacity. The deluge of inventory lying past these machines clearly points out that these machines are not constraints to the flow in such situations. The real constraints have largely been found to be in the downstream operations! For instance, in the case of sheet metal operations, the constraint is mostly found in the welding and finishing operations, whereas in castings, it is found in fettling and finishing operations.

As mentioned earlier, increased batch sizes will decrease throughput and lead to poor on-time delivery to customers. Moreover, increased batch size also affects work-in-process inventory levels, manufacturing lead time, local and global safety time issues, and finished goods stock levels by increasing them. Therefore, since batching on a non-constraint at the plant is undesirable – ideally, batch sizes should be reduced to levels required for consumption in downstream processes or for orders in the immediate horizon. But, on the other hand, smaller batches increase the number of setups which in turn can totally erode the protective capacity of the non-constraint machine converting it to a constraint machine. This can also then result in poor on-time performance.

This phenomenon of a batching process can be depicted by an ‘Inverted U Curve’ where both extremes are non-optimal points and should be avoided. The optimal capacity and high ‘On-Time Performance’ occurs somewhere in the middle of the U Curve. This means that large batches with an eye on utilization or very small batches based on immediate consumption can both be detrimental to the plant. The optimal point for different machines with different capacities needs to be identified through an iterative process, but it will be found between these extremes (Refer figure2).

In such scenarios of batching operations, it is also essential to decouple the batching machine from the downstream operations. This is to allow these machines to have the flexibility to be out of sync with the rest of the operations downstream without creating disruptions of in flow in either. Placing buffers immediately after the machines will result in a capacity release from the existing batching machines and help in moving close to the optimal capacity. The batching machines will now respond to the trigger received from their buffer consumption, making it possible for these machines to take larger batches. But since the downstream activities now consume from this buffer, the cycles of starvation and flooding are also averted. These downstream activities will act as an independent system with its WIP being controlled by a trigger from the FG inventory consumption and ensuring on-time delivery to the consumer. 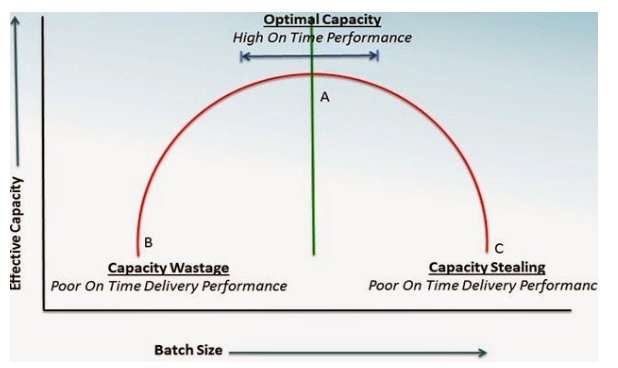 Figure 2: “Inverted U Curve” of a batching machine

It may sometimes be observed that capacity release obtained by reducing the batch size (i.e. stopping excess production of only one type of component) may not be enough to offset an extra set-up. This is a phenomenon where the ‘Inverted U Curve’ has the points A, B, and C very close to each other. This implies that the spare capacity available at the batching machine is very less, and immediate improvement techniques based on SMED has to be deployed.

With implementation of Theory of Constraints solution, it is expected that all plant managers align their thinking and decision making to the paradigm of flow rather than local efficiencies.

I am sure most of you must have observed and experienced the extent of disharmony that exists in any organization. Unless sources of disharmony are resolved, situation will not change. Can TOC bring in harmony among people?